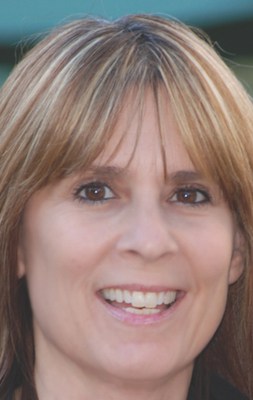 Office Seeking:  Member of the Board of Trustees LACCD Seat 1

Andra Hoffman was elected to the Los Angeles Community College District (LACCD) Board of Trustees in March of 2015 and was elected President of the Board on July 10, 2019. The Los Angeles Community College District is among the largest Districts in the Country, representing over 250,000 students, nine community colleges, and serving students from 40 cities.

This post is more than a volunteer position for Trustee Hoffman. She has dedicated her life to improving the lives of LA County residents by increasing their access to quality higher education. For over twenty years, Trustee Hoffman has served students at Glendale Community College, overseeing the Career and Transfer Centers. In this job, she has helped hundreds of students successfully complete their degree and facilitated the launch of their careers with job placement services.

As a Member of the Board of Trustees, Ms. Hoffman serves as Chair of the Los Angeles Community College District Budget & Finance Committee. This committee oversees the District’s $5.8 billion dollar budget and is responsible for fiscal oversight, accountability and prudent stewardship of public dollars allocated to the nine LACCD campuses, the District headquarters and the voter approved facilities construction bond.

Trustee Hoffman also serves as a member of the Legislative & Public Affairs Committee which she previously chaired. She brings a wealth of experience to the Committee, having previously served as Director of Government Relations for Glendale Community College where she advocated for legislation to improve access to quality higher education for all students. Trustee Hoffman is a strong advocate for issues that affect California’s community colleges and frequently organizes delegations of students, faculty and staff to represent those issues in Sacramento. One such issue is the California Dream Act. Vice President Hoffman has championed this issue since the passage of AB 540 and continues to work on behalf of undocumented students to ensure their success.

Ms. Hoffman was elected by her peers from across the State to serve on the prestigious California Community College Trustees Board of the League (CCCT), a policy making Board that represents and advocates for all of California’s community colleges.

As a defender and advocate for women’s causes, Trustee Hoffman is a past President of the National Women’s Political Caucus of the San Fernando Valley, where she continues to mentor and support young women and girls. Her leadership of women’s causes has been recognized by her peers on the LACCD Board. Hoffman was most recently, appointed to serve as the Chair of the Sexual Harassment/Title IX Task Force. This high profile committee is charged with reviewing the District’s policies and procedures to create and maintain work and learning environments free of discrimination and sexual harassment. The Task force also seeks to create greater awareness of Title IX and Sexual Harassment at the Los Angeles Community College District.

Ms. Hoffman attended Los Angeles Valley College, received her bachelor’s degree in Liberal Studies from Antioch University, and earned a master’s degree in Public Administration from California State University, Northridge. Ms. Hoffman is also an adjunct professor at Glendale Community College in the Political Science Department where she teaches classes in California and American Government. She lives in Encino and has two grown children.