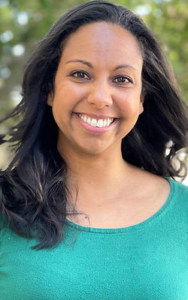 Andrea Rosenthal is a longtime educator and community organizer who is running to represent California’s 39th Assembly District.

The child of an elementary school teacher and a manager of public affairs for child support services, Andrea learned firsthand about hard work, compassion and economic insecurity growing up. From a young age, Andrea accompanied her mom to deliver toys to children at domestic violence shelters. As a young adult, she volunteered with Habitat for Humanity and an overnight camp for children with cancer and sickle cell anemia. Though her family didn’t have much to spare, the importance of giving back to those in need, no matter their own circumstance, made an impression.

After working in film and television, Andrea followed in her mother’s footsteps and pursued a career as an early childhood educator and caregiver, where she worked for over 13 years with children ranging from infancy to 12 years old. She continued serving the community through volunteering at holiday toy drives and children’s outreach events; ultimately founding an annual fundraising and awareness event for children with spinal muscular atrophy.

Upon realizing the wide-ranging obstacles facing her students and their families, and the dire need for policy reform, Andrea started volunteering with local advocacy and activist groups, eventually transitioning to a role as a political organizer. After the landmark 2018 election, Andrea was hired as the Deputy District Director for the 25th Congressional District and managed the Antelope Valley office.

Following her role as an organizer in the 2020 election, Andrea founded the Antelope Valley Community Organizing Alliance to continue the work of driving civic engagement, addressing the longtime neglect of the Antelope Valley and delivering the resources the AV needs to level the playing field. The nonprofit organization provides civic engagement opportunities, voter registration, and connections to resource providers and service projects in the AV.

Andrea currently works as a community organizer for Strength Based Community Change (SBCC), which partners with residents to build empowered communities across Los Angeles County. SBCC is dedicated to activating individuals, families, and communities to fight for social justice and equity. Andrea currently lives in Palmdale.