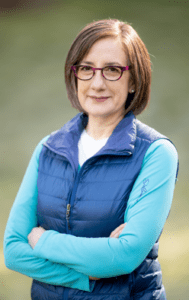 I believe that change can happen in a generation if we work for it. I know, because it happened for me.

My dad immigrated to the US from Mexico in 1950 and worked in the fields picking cotton and tomatoes before he was in the first grade. Later in life he would join the military and serve two tours in Vietnam before getting a good-paying union job that would provide a path into the middle class for our family.

My parents couldn’t afford to send me to college, so I juggled multiple jobs – from painting homes to pouring coffee – while attending UC Berkeley. It took me seven years, but I earned that degree and it opened doors for me that I hadn’t thought possible before.

When my daughter was born 17 years ago, I felt in my core the same determination that drove my own parents: that there was nothing that would keep me from doing everything in my power to shape a stronger, more equitable future for Amelia and her generation.

So I went to work on the frontlines in Oregon, fighting for more accessible, affordable quality health care, including passing the nation’s most progressive reproductive health care policy that covers everybody in Oregon. I fought to raise the minimum wage, and pass the nation’s most progressive paid family leave bill. I introduced and passed a bill that made Big Pharma accountable to consumers and led to lower prescription drug prices.

In Salem, I championed efforts to protect Oregonians from harassment in the workplace. I have been a leader in the fight to reduce carbon pollution and invest in clean energy technologies to fight the climate crisis and ensure clean air, land, and water for our children and grandchildren.

There’s more work to do. I’m running for Congress because my daughter – and every Oregonian – deserves leaders who will work hard day in and day out to make their lives better. And I think Washington could learn a thing or two from what we’ve done in Oregon about the power of finding common ground, working hard, and actually delivering on the issues that matter most to families: affordable health care, a fair economy, and an environment that is protected and cherished for generations to come.

Change is never easy. I know that. But I also know that I will never stop fighting for a stronger future for my daughter, her generation, and every family in Oregon.