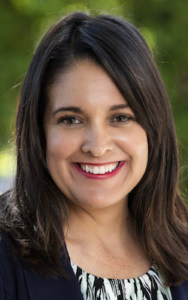 As a child, Blanca witnessed her parents’ unyielding work ethic and determination to build a middle classlife for their family. Her mother, Mariana Pacheco, worked as a union nurse at LAC/USC Medical Centerand today serves as the Nursing Director at Downey Adult School where she is a member of the DowneyEducation Association. Mariana Pacheco currently serves as an elected member of the Cerritos CollegeBoard of Trustees. Blanca’s father, Gonzalo “Gonzo” Pacheco, served as a public school bus driver, schooldistrict locksmith and ran a small local landscaping business.

As a young family, their dream was to own a home one day. To that end, nearly every weekend during herteenage years, Blanca joined her father and helped do the work at his landscaping business, cleaninghome yards to bring in extra money that would later be used so that the family could purchase their ownhome.  The values of strong work ethic, determination and building a better life for both family andcommunity have been the driving forces behind Blanca’s life’s work of giving back.

After graduating from Downey High School, Blanca attended UCLA, receiving her Bachelor’s Degree inPolitical Science and a Specialization in Chicano/a Studies in 1996. Thereafter, she went on to Loyola LawSchool. While there, Blanca worked at the Loyola Law School Center for Conflict Resolution where shehelped mostly Spanish speaking community members mediate disputes and resolve conflicts betweenneighbors and businesses. She later graduated from Loyola and passed the California State Bar Exam in2003.

As an attorney, Blanca has worked in municipal law and in estate planning. Her passion, however, is servingthe people in public service. That’s why as an attorney, she provided pro bono services through various legalorganizations, such as the Southeast District Bar Association (SEDBA) and the Mexican American BarAssociation (MABA).

In 2012, she joined the Kiwanis Club of Downey, an international organization committed to helping thechildren of the world. She became the President of her Kiwanis Club in 2014. In 2014, she becameinvolved in Teen Court, an alternative program for youth offenders; and was instrumental in bringing TeenCourt to Downey. Due to her commitment to the community, Blanca was recognized with AssemblywomanCristina Garcia’s Downey’s Woman of the Year in 2016. In 2019, she was inducted into Downey HighSchool’s Hall of Fame, as an “Exemplary Civic Leader.”

The first-ever Latina to serve in the position, Blanca Pacheco is the Mayor of the City of Downey, thelargest city in California’s 64th State Assembly District. She was first elected to the Downey City Councilin 2016 and became Mayor in 2020.

As a local elected leader, Blanca has also been active in the California League of Cities in order to helpadvance the interests of the people she represents. In this capacity, she previously served as President of theLeague of California Cities Los Angeles Division, and was the first elected official from Downey to serve inthis position. Blanca is a former Chair of the Housing, Community, and Economic Development Policy Committee and also serves on the League of California Cities’ State Board as an at-large director.

On the City Council and as Mayor, Blanca Pacheco has always put people and local neighborhoods first. That’s why amid the COVID-19 pandemic, in 2020, she spearheaded a moratorium on rent for both commercial as well as residential tenants to help working people stay in their homes and to assist local small businesses, preventing countless stores from closing. Right now Blanca is working with Los Angeles County to open up three additional COVID testing locations in the City of Downey to make testing more accessible for people throughout the city.

A strong advocate for modernizing the city’s infrastructure, Blanca, with the support of her Council colleagues,helped invest in a myriad of projects to improve the city, modernizing every Downey City Fire Departmentfacility and city park, as well as upgrading local roads across Downey with street repaving and upgrades. She’salso worked to invest in programs to fight climate change and protect clean air, installing solar panels at sixcivic buildings, as well as electric vehicle charging stations, all to minimize the city’s carbon footprint. Blanca, inconjunction with the city, additionally teamed up with Tree People, to plant hundreds of new trees throughoutDowney to expand clean air in the city.

As part of her efforts to empower women, Blanca was instrumental in bringing Girls on Fire to Downey. Thefirst-of-its-kind program in the region, the effort is singularly focused on women’s empowerment for youngmiddle school and high school women, emphasizing self-defense, social media etiquette, healthyrelationships, and introducing the youth to females who are role models in different fields, from healthcareto public safety and law. Blanca is also a member – Gangs Out Of Downey (GOOD) – an organizationdedicated to keeping kids off the streets and out of gangs in the city.

If you don’t find Mayor Blanca Pacheco at City Hall or in the community talking with neighbors or helpingthose in need at local events, you will likely find her in a yoga studio, at a cross-fit training gym or even walking her dog Mr. Belvedere.