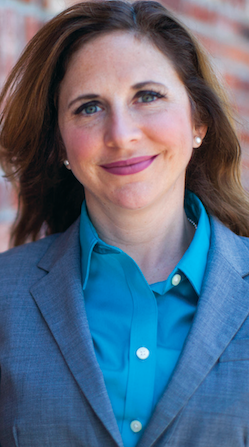 Christina Hale learned how to get things done early in her career as a hard working single mom. Later she was elected to the Indiana state House in 2012 and quickly established a reputation as a tireless worker. Despite serving in the superminority for two terms, she was able to bridge political divides to pass important legislation supporting women, families, and small businesses. She made good on her promise to collaborate – every single bill she passed had support from Democrats and Republicans.

As one of the only member of the Indiana legislature of Latino descent at the time, Christina, who is Cuban-American, gave Hoosiers a new voice in Indianapolis. She most recently served as executive director of Kiwanis Youth Programs at Kiwanis International, where she has led programs locally and globally to improve the lives of children by expanding access to health care, education, and leadership opportunities.