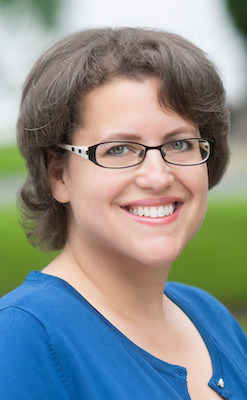 Dana Balter knows the importance of making sure everyone in our society has a fair shot at success. From the time she was a child, Dana has been a fierce advocate for her brother, who has cognitive disabilities, to make sure he had the resources and opportunities he needed to thrive.

Her commitment to fighting for the underdog drove her to a career in disability services, where she began as a teacher and soon became the director of education for a disability services nonprofit. Through her work, she helped hundreds of clients and their families who grappled with access to proper support.

Dana wanted to understand how to dismantle the systemic barriers that stood in these families  way, so she returned to school to study public administration. She went on to teach at the university level, most recently teaching public policy and citizenship at the Maxwell School of Citizenship and Public Affairs at Syracuse University.

After the last election, Dana founded a nonpartisan nonprofit organization called Enter the Public Square, dedicated to building civic engagement. In 2018, Dana ran an unprecedented grassroots campaign in New York’s 24th Congressional District, swinging the district 16 points, breaking volunteer and fundraising records, and coming closer to defeating John Katko than anyone ever has before.

Election day is coming up November 3rd! Don’t forget to register to vote. Your vote and your voice count!