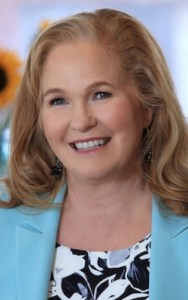 Gail Pellerin served as the chief elections official in Santa Cruz County from 1993 until her retirement in December 2020. As County Clerk, Gail managed all elections conducted in the county and served as theCommissioner of Civil Marriage. Gail has 35 years of experience in public service – over seven year working for the State Legislature in Sacramento, including for an Assembly office representing Morgan Hill, and 27 years working for the people of Santa Cruz County. In June 2018, Gail was elected to her 4th term asCounty Clerk.

Gail served as President of the California Association of Election Officials from 2010 to 2012 and served as co-chair of the Secretary of State’s Voting Accessibility Advisory Committee. She is a graduate of the California Professional Election Administrator Credential program and has taught credential courses on Voters with Specific Needs and Budgets. She is also a graduate of Leadership Santa Cruz County.

As Santa Cruz County Clerk, Gail worked closely with the Santa Clara County elections office, coordinating vote centers, registering new voters at citizenship ceremonies, participating in conferences on election administration, and in combined efforts for remote voters located at the Summit between the two counties.Both departments use the same voting system, so they also function as a back-up to one another if there isever an outage or any other issue preventing the ability to administer an election.

Major accomplishments while serving as County Clerk include: authoring several election guidebooks to assist voters in navigating through various election procedures including initiatives, recalls, and referendums; implementing innovative voter outreach programs targeting high school students, college students, people living in residential care facilities, voters with disabilities, voters who speak a language other than English, new citizen voters, new residents, and incarcerated voters; mitigating the physical access to polling places so they are accessible to persons with disabilities; obtaining a VoteMobile to provide mobile voting services to voters throughout the county, especially those displaced by the CZUfires in 2020; converting the county’s voting model from a polling place system to a 4-day vote center system authorized during the pandemic where any voter could vote at any location; establishing PassportSaturdays to provide additional convenient hours for people to apply for a passport; and offering office hours for clerk and election services in Watsonville to allow customers to obtain services without having todrive to the government center.

When the global pandemic hit, instead of closing her office, Gail worked quickly to create a safe environment for customers to continue to get essential services from her office such as obtaining a marriagelicense or getting married. Gail’s staff worked remotely, and she and one other staff person managed the onsite, in-person marriage functions so people could continue with their plans to get married. Gail insisted, “You cannot quarantine love.”

Gail always believed she had the best job in the county managing the office of love and voting. But, aftermore than 27 years, it was time to make a change. Since retirement, Gail has joined the board of NAMI(National Alliance on Mental Illness) and is involved with Girls Inc. and Women’s Educational Success atCabrillo College. She is currently involved in the process of creating the Cabrillo College LocalGovernment Fellows program, to encourage first generation students to pursue an education that can leadto a career in local government and to provide scholarships and paid internships and mentorships. She is also involved with Emily’s List, Breaking the Glass Ballot and WILDR (Women in Leadership for DiverseRepresentation), organizations dedicated to increasing the number of elected and appointed women inlocal, regional and state offices. Gail cannot shake the election bug, so she became involved with theCalifornia Democratic Party’s Voter Protection Committee and Civitas Public Affairs to advocate for theElection Infrastructure Initiative to provide for long-term, sustainable federal funding for local elections offices over the next 10 years.

Gail has a BS in Journalism from Cal Poly, San Luis Obispo. Prior to her experience in public service, Gail worked as a campaign assistant to political campaigns, newspaper reporter and photographer, and community college instructor.