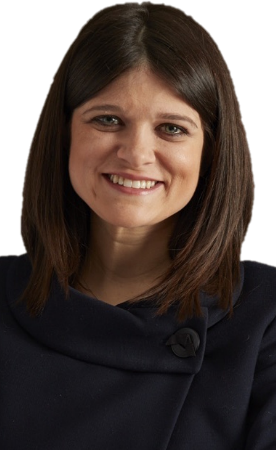 Congresswoman Haley Stevens grew up in Rochester Hills, Michigan, and graduated from Seaholm High School in Birmingham. She earned a master’s degree in social policy and philosophy and a bachelor’s degree in political science and philosophy from American University.

Before being elected to Congress, Congresswoman Stevens served as the Chief of Staff to the U.S. Auto Rescue Task Force, the federal initiative responsible for saving General Motors, Chrysler, and 200,000 Michigan Jobs. She also played a key role in setting up the Office of Recovery for Automotive Communities and Workers, and the White House Office of Manufacturing Policy.

Congresswoman Haley Stevens sits on the House Committee on Education & Labor, and the House Committee on Science, Space & Technology. She also serves as the Chairwoman of the Research & Technology Subcommittee. On these Committees, Congresswoman Stevens works to protect access to healthcare, promote manufacturing, expand educational opportunity, stand up for workers’ rights, and increase investment in critical research and development.