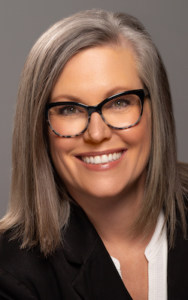 Born and raised in the Grand Canyon State, Secretary of State Katie Hobbs has dedicated her life to solving difficult challenges for Arizonans. In her time as a social worker and running a domestic violence shelter, Katie saw firsthand the price Arizonans pay when their elected leaders fail to address the problems people are facing every day.

After watching our elected leaders fail those in need, Katie took action. In 2010, she was elected to the House of Representatives. Katie decided to run for office herself, and in the legislature, Katie worked with two Republican governors to provide healthcare for hundreds of thousands of Arizonans and to hold criminals accountable by clearing the rape kit backlog.

In 2012, she arrived in the State Senate. And in 2014, she became the Senate Minority Leader. Katie fought for people all across the state, expanding Medicaid and providing healthcare for hundreds of thousands of Arizonans. She worked to secure the rights of victims of sexual and domestic violence. And she worked diligently and with integrity to provide new opportunities in education and job training, and to protect the voting rights of all the people of Arizona.

As Secretary of State during the 2020 election, Katie’s office conducted the safest and most secure election in Arizona’s history amid unprecedented challenges to our democracy. Under Katie’s leadership, the office was transformed. Katie modernized the office, fixed faulty or broken systems and battled misinformation from foreign and domestic sources. In the face of threats to herself, her family and her colleagues, Katie stepped up and fearlessly delivered an historically secure election for Arizona voters.

Katie has never backed down from a tough fight, and she is a battle-tested leader with the strength and experience to get the job done as governor. Katie knows firsthand that government only works well if it’s led well. For Katie, that means transparency and accountability. It means focusing on our common needs, not the small differences that divide us. It means bringing people together to serve our state, not tearing us apart for political gain. And it means creating opportunity for all – regardless of zipcode, gender, race or ability.