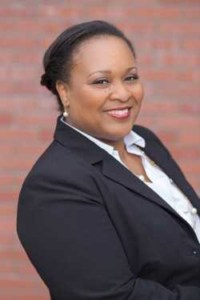 Lori D. Wilson is the first Black female Mayor to serve in all of Solano County. First elected to the Suisun City Council in 2012, she served as Vice-Mayor for six years before winning the Mayor’s race in 2018.

During her tenure, she has worked tirelessly to make Suisun City a welcoming and safe place to call home. Lori has a track record of fiscal responsibility while leading efforts to bring more housing, jobs and diversity to Suisun City. She is committed to fighting for the residents of California’s 11th Assembly District with a track record of creating good jobs, keeping the community safe and improving the quality of life for all her constituents.

Lori successfully implemented a number of public health and safety initiatives to ensure that residents were able to stay safe and healthy through the pandemic. As part of the pandemic response, Lori worked with Suisun City Fire Department (SCFD) in coordination with Solano County Public Health and Office of Emergency Services to bring in free COVID-19 testing to Suisun City. Under her leadership, her city worked with the Community Action Partnership of Solano County to house the homeless against exposure to COVID.

Additionally, Lori worked in partnership with the police and Solano County Behavioral Health to assist those who are homeless and contracted for the Cordico Mental Wellness app to improve mental health responses. During the devastating fire season, Lori helped to set up a community center and sports complex to house those fleeing from the LNU Lightning Complex fires. She personally secured cots from the American Red Cross and delivered them so that 160 at-risk senior citizens who were en route would have a place to sleep for the night.

Before Lori took office, she also served as Vice Chair on the Suisun City Parks & Recreation Commission and founding President of the Suisun City Community Services Foundation. Most recently, Lori worked as Director of Finance for national homebuilders for over 10 years and previously held roles as the Chief Accountant at Fair Housing Napa Valley and an Auditor of Solano County. Her career, life story and heartfelt passion for making a difference laid a solid foundation and prepared Lori to serve Suisun City residents in the political arena.

Lori is a graduate of California State University, Sacramento with a Bachelor of Science degree in Business Administration with a concentration in Accountancy. Her diverse career history, including more than 20 years in Accounting & Finance, has afforded Lori tremendous opportunities to hone her skills in government and nonprofit management, strategic development, and budget administration. She has a proven track record in identifying needs and developing innovative solutions.

Throughout her career as a public servant, Lori has been committed to supporting women in leadership positions. She is also a founding member of WIP Solano, a non-partisan organization formed to inspire more women to become visionary leaders in Solano County.

A native Californian raised on the west side of Fresno, Lori is married to her high school sweetheart Chavares Wilson, a retired Air Force Reserve Technical Sergeant. They have been blessed with two sons, Tyler and Kiren, and daughter-in-law, Brittney. They have enjoyed living in Suisun City since 2004 after being stationed at Travis AFB for 5 years.

At this time Lori is the only announced candidate for the 11th Assembly District.