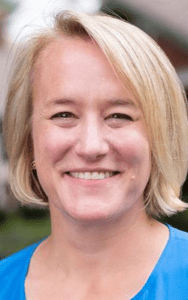 Nikki Budzinski has spent her life fighting for workers and working families. She believes in the American Dream and will bring people together to level the playing field and rebuild the middle class so families have a shot to get ahead.

Born in Peoria, Nikki’s parents taught her the importance of family, community, and service to others. From her grandpa, a union painter, she saw how unions built and sustained the middle class. From her grandma, a public school teacher, she learned the value of a good education. Nikki attended the University of Illinois at Urbana-Champaign and was inspired to devote her life to public service after interning for former Congressman Dick Gephardt, former Senator Paul Simon, and Planned Parenthood.

Nikki has spent her entire adult life standing up for working families. After college, Nikki traveled the country fighting to get hardworking people the pay and workplace safety conditions they deserve. She worked for the IAFF Firefighters’ union to help look out for our first responders who put their lives on the line for us every day, making sure they have the equipment, training, and health protections they need. Then she stood with UFCW workers, making sure grocery workers and meatpackers got a fair day’s pay and workplace protections at dangerous processing plants. She also fought to protect workers’ rights to collectively bargain for fair pay, safety protections, and benefits in states trying to attack those rights.

As Governor JB Pritzker’s senior advisor on labor issues, Nikki successfully led the charge to raise the minimum wage to $15 an hour. By bringing workers, small businesses, and elected officials to the negotiating table Nikki worked to make sure that all working families across Illinois can maintain a decent standard of living. Also in the Governor’s office, Nikki served as the Chair of Broadband Advisory Council that that is helping to expand high-speed “broadband” internet across Illinois.

Later, Nikki helped President Biden set up his new administration and deliver much needed relief for working families facing unprecedented challenges from the pandemic. As Chief of Staff for Biden’s Office of Management and Budget, she served in the office that helped implement the American Rescue Plan to help economy recover from pandemic. Nikki also helped get the Made in America Office off the ground, helping to ensure American companies and manufacturers get first priority.

Nikki has spent her career improving the lives of workers, and she wants to go to Congress to build on that work. She’ll fight for affordable college and job training, affordable child care and an economic recovery that doesn’t leave anyone behind. She’ll help working families get on their feet, get back to work, and get the type of good-paying middle-class jobs that used to be available to communities all over Downstate but are harder and harder to come by every year.