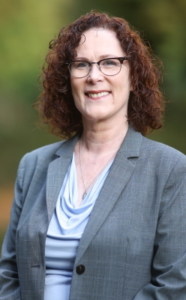 Val Hoyle’s record of standing up for Oregon’s hardworking families and small businesses stems from a lifetime of experience. Growing up in a family with union roots that go back three generations, Val’s firefighter father taught her that you have to work hard for everything you get-but you also have to hold the ladder so the next person has the opportunity to climb.

Val understood that in her own life, as a waitress working for minimum wage, a small business owner and in 25 years working in the private sector in the outdoor industry, focusing on retail sales and international trade.

Currently, Val serves as Oregon’s Labor Commissioner, a position voters statewide elected her to in 2018. As Labor Commissioner, Val ensures that workers are paid the wages and benefits they are owed under the law, oversees enforcement of civil rights and housing discrimination protections for Oregonians, and has jurisdiction over apprenticeship programs that provide workforce training across the state.

During the pandemic, she fought to expand the Oregon Family Leave Act and ensure workers could continue to earn money part-time while retaining their unemployment benefits. Val has secured a three-fold increase in settlements for victims of discrimination, and cracked down on employers who exploit their workers and compete unfairly with responsible businesses.

Previously, Val represented the residents of West Eugene and Junction City in the Oregon legislature. During her tenure, she was elected to the position of Majority Leader and led successful efforts to:

She has made Lane County her home for more than twenty years, and she and her husband Stephen raised their two children here. She and Stephen live in Springfield with their faithful dog Ronan.