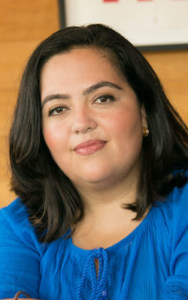 Wendy Carrillo has dedicated her life to public service, advocating for equity, justice and opportunity. She has been at the table negotiating for the people of California on worker rights, women’s comprehensive reproductive justice, economic, racial and social justice, educational equity, ending the school to prison pipeline, combating climate change, and creating pathways for a California Green New Deal that includes a just transition of workers.

Elected to the State Assembly in 2017, Wendy has enacted new laws to strengthen worker protections, to ensure clean air and water, and to protect seniors and people living with disabilities.  She has attained millions of dollars in funding for COVID-19 relief efforts, for after-school programs, for healthcare coverage and mental health access, and for homelessness and affordable housing.

Amid the pandemic, Wendy led the way in extending COVID-19 Paid Sick Leave, ensuring that workers did not have to choose between caring for their health, the health of a child or loved one or having to go to work sick. Playing a leadership role in budget negotiations, as Chair of the Assembly Budget Subcommittee No.4 on State Administration, she has been instrumental in ensuring small businesses have access to resources and funding to support our local economies.

Wendy Carrillo is an award winning journalist with a distinguished career as a radio and digital host and was the co-founder of a social news media start-up that promoted human rights.  She previously served as part of the communications team that supported organizing efforts for long term care workers at SEIU ULTCW (now SEIU 2015). Her work included fighting for fair wages for caregivers who provide seniors and people with disabilities the dignity to stay in their homes. She helped launch the efforts for the Fight for $15 campaign that would ensure fast food workers the right to a living wage and a union, a fight ten years in the making.

Wendy came to the U.S. as an unrecognized refugee and undocumented child during El Salvador’s Civil War.  Her parents taught her to work hard and to be committed to the community that raised her.  She is the eldest of five daughters, a first generation American and became a U.S. citizen in her early 20s.